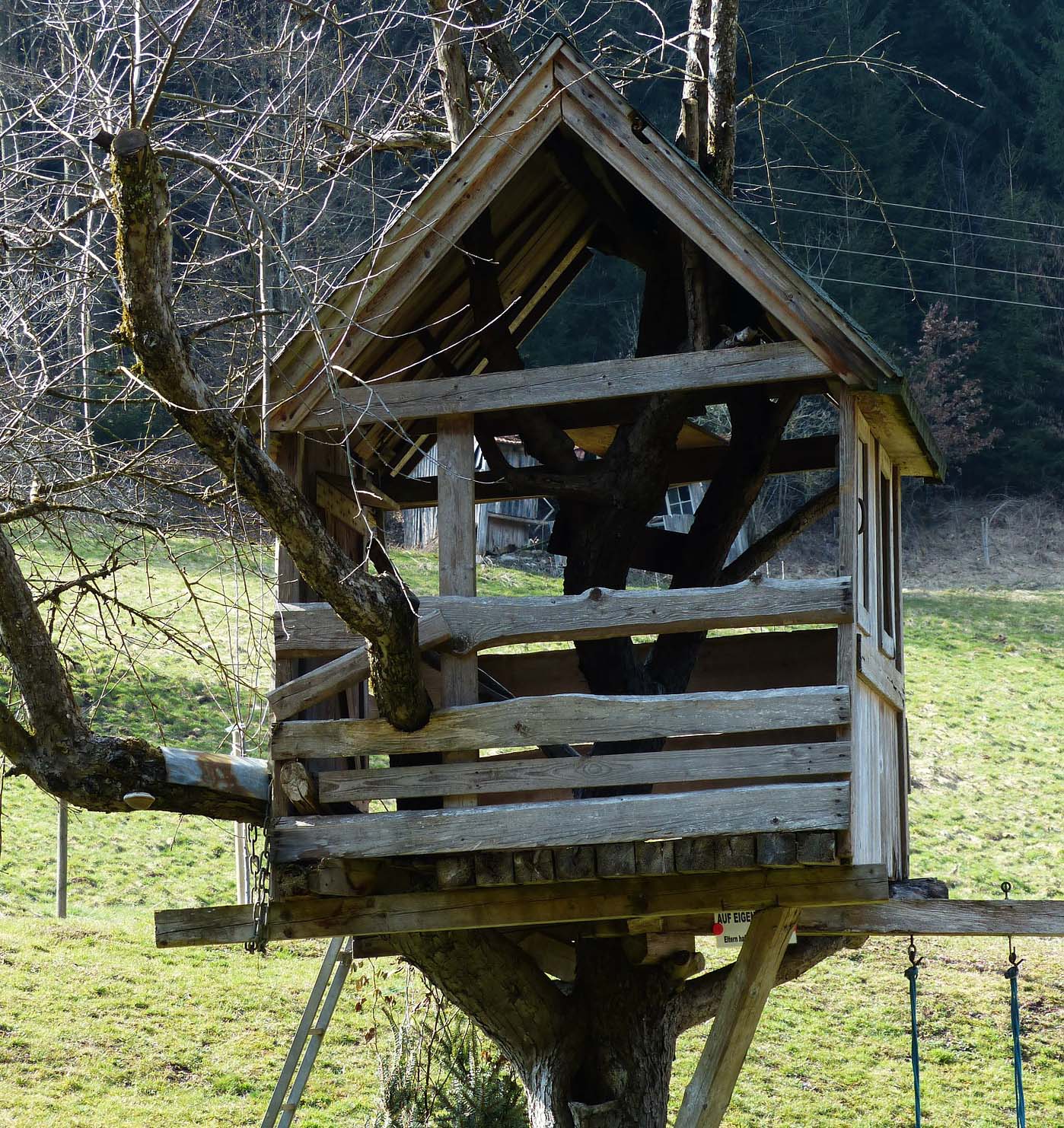 Herb Tuttle wiped the steam off the bathroom mirror with his towel. “Almost your birthday, Herbie Boy.”

He was pleased the mirror only revealed the hairs on his chest and not his pooching stomach. Having the chest hair was something of a celebration to him. It hadn’t started growing until he reached forty, and now he was proud of all nine hairs. Maybe after his fiftieth birthday on Sunday, he would grow even more. He wondered if his family was planning a big surprise for him.

Herb lived on Elm Street in a white two-story house with brown trim. The house was also occupied by his wife Dorothy — whom everyone called Dot — and his son Billy, whose latest obsessions were his bike, his skateboard, and his desire for a treehouse.

Herb had spent the last twelve years, eight hours a day, painting the plastic coating on clothes hangers. Herb’s boss, Mr. Baldwin, didn’t like Herb, and told him so frequently. He disliked the shades of plastic paint Herb mixed. He was disgusted with Herb’s off-brand tennis shoes, and most of all, he didn’t like people named after plants. Herb suspected the real reason was that Herb had a full head of curly brown hair, whereas Mr. Baldwin’s shiny head resembled a cue ball. Behind his back, Herb and his co-workers called him Bald-weenie.

The water cooler conversation among the guys usually involved engines (or “motors” for the less-informed), broads, and baseball. On those rare occasions when talk branched out to family life, and when asked, Herb told inquirees that he and Dot had been married since primordial goo was the happy hour drink special. They had actually been married for eleven years, and young Billy was a gestationally-correct ten years old. Herb also had a mother-in-law, whom he passionately referred to as The Alien because she comes out of nowhere and takes over.

Friday at precisely 5:18 p.m., Herb lumbered through the front door after a long day at the plastic hanger factory. He narrowly missed a death-ride on the skateboard blocking the entrance. “Billy! Haven’t I asked you not to leave your stuff lying around?

From his upstairs room, Billy yelled, “So?”

Herb heard clanging from the kitchen and figured Dot was serving up burnt fish sticks and Tater Tots. He would have preferred a Gino’s Pizza and Haagen Daaz, but he felt increasingly left out of Dot’s “Top Ten People to Please” list. He figured he came a close seventh, right behind the Tupperware lady.

Herb deliberated. Which was worse? Not getting a nice cold Schlitz or seeing what Dot was up to? He entered the kitchen through the swinging door like a cowboy swaggering into a saloon and was startled to see Dot wielding a plumber’s wrench like a banshee. When she whirled his direction, Herb saw her eyes bore into the spot between his brows, as if sighting in on the best target for the assault. But instead, she pointed an accusing finger towards the sink.

“Haven’t I told you at least two million times that this sink needed fixing? And what did you say? I’ll get to it, honey. Now look at it! Couldn’t you have done something I asked JUST ONCE?”

Herb winced and stared blankly at the sink, as if it would stand up for him.

Then she said, “Gotta call the plumber now. Just what we need—another bill. You’ll just have to take us out to dinner. I can’t work in this hellhole.”

“Yes, dear,” Herb said. He briefly fantasized about coming home and finding that the garbage disposal had turned itself on in retaliation for Dot pummeling it, and ground her up into little chunks.

The family piled in the wood-paneled Ford station wagon that they had purchased upon Billy’s arrival into the world. Herb punched the gas pedal several times and cranked the key, secretly wishing the car wouldn’t turn over. When it did anyway, he shifted into reverse and cautiously started down the driveway. KA-THUNK. SCREECH. Herb clenched the steering wheel, and was not at all surprised when his wife yelled, “Herbert, what have you done now?”

Three doors opened simultaneously, and the passengers walked to the rear of the car to survey the victim. Lying under the rear bumper was a tangle of rubber, metal, and twisted spokes. Herb cringed as Billy began a crescendo of bawling, and Dot’s head swiveled back and forth in disgust.

“Couldn’t you be more careful?” she said.

“I didn’t leave the bike there. I’ve told Billy to put his stuff away when’s he finished with it,” he said.

“How could you pick on an innocent little boy like that? Come on, let’s go get some dinner.” Dot slammed the car door shut. Herb removed the carnage from the rear of the car, and crawled behind the steering wheel. Dot turned the radio dial to the country station that he detested. He sighed and backed out of the driveway again.

“This time try not to run over anything!” she said.

Upon arriving at the Switzerland Chalet House of Buffet, Herb saved a table as Dot and Billy filled their plates with meatballs and waffles. He sat with his elbows upright and his chin in his hands, envying the young man at the next table, who was staring intently into his female companion’s eyes. Look at him, he thought. Bet she goes out on a limb for him. Wish I had that kind of life. All I get is: Herbert take out the trash, Herbert wash the car. All I wish for is a little peace and quiet once in a while!

Herb finally got his plate filled and settled himself into the stiff chair. Immediately, Billy started in on his favorite whine. For months, he had been bugging his father to build him a treehouse, but Herb had told him he was too young to climb trees. “Billy,” he said, “If God had wanted little boys to climb trees, he would have made them sloths.”

The fact was, Herb was afraid of heights. And spiders. And dogs. Billy could be very persistent though.

“But Billy’s dad is a telephone pole inspector.”

Billy leaned over the table and whispered in his ear, “I wanna treehouse and if I don’t get a treehouse I’m gonna tell Mom about those magazines you got hidden in the garage.”

“It’s about time you did something nice for one of us,” said Dot.

During the meal, Herb concentrated on the dilemma of how to build a treehouse without going too far up the tree. He figured if he could find a branch low enough, then he would only have to go a couple of steps up the ladder. That wouldn’t be so bad.

Saturday morning arrived, and as Billy gobbled his second bowl of Fruit Loops, Herb sipped some decaf. He drew pictures of what his dream treehouse would look like, and tried to decide how much wood to buy.

Together they drove down to the hardware store. Herb saw that Billy was busy looking at the hammers, so he asked the hardware man how to build a treehouse. The man pointed to some self-help books and disappeared to the place salespeople mysteriously go. Herb gathered some wood, some nails, and just in case, a box of the Band-Aids that were strategically placed by the checkout stand.

Herb studied the diagrams in the book and pondered the tree, sizing the low willow branch with his arms spread wide. To Billy, he said, “Okay. Here we go. You can measure the two-by-fours to three feet long and I’ll cut them with the saw.”

It was fortunate that Herb had bought an excess amount of wood, because he didn’t, until that moment, realize that Billy did not have the slightest clue how to use the tape measurer. Herb cut on the mark Billy had made, precisely two feet and ten inches long.

“Oh, this will never do. You have a seat while I hammer this frame,” said Herb.

The last time Herb took notice of Billy, he had been hammering nails into the dirt. He went inside to get a Schlitz out of the fridge, and the Band-Aids off the back porch. When he came back out to the pile of kindling, Billy was nowhere to be seen. Okay, he thought. I’ll just have to finish this by myself.

What Herb discovered during the six hours that it took to build the treehouse — along with a black and blue thumbnail and numerous splinters — was a sense of accomplishment. More than that, he felt he had finally filled a gap that had felt barren since his childhood. When it was finished, chest puffed out, he surveyed his treehouse and felt very proud of himself.

Herb awoke Sunday morning to silence. “Happy Birthday, Herbie Boy,” he said to himself, feeling hurt that no one bothered to say it to him. The Big Five-Oh. Half a Century. Two-Bits. Then he thought, well, maybe they’re just letting me sleep in. Yeah, that’s probably it.

He got out of bed, showered, shaved, and trundled down the stairs. He secretly hoped for one of those colorful banner signs that hung from one end of the room to the other. What he did see was Dot — in a robe and curlers — and Billy, pouring over the Sunday paper.

Dot said without looking up, “Coffee’s in the kitchen. Oh, by the way, my mother’s apartment building has turned condo and she’ll be staying here a few months.”

Herb’s shoulders sagged and his jaw drooped, dentures threatening to pop out. He stared at Dot, waiting, hoping that she would look up from the paper and say “SURPRISE! Tricked you!” But she didn’t.

Herb pivoted on the stairs and trudged up to the bathroom. He grabbed the toothpaste tube and his toothbrush. He went into the bedroom and pulled a t-shirt and some shorts from the drawer. On the way past the bed, he took the pillow, a blanket, and the mystery novel he was reading. Clunking down the back wooden stairway to the kitchen, he grabbed a gallon of water, some cashews, and a bag of Oreos. He turned his ear towards the living room, just in case someone actually cared, and then exited through the back door of the house.

The morning was crisp and bright, with only a hint of mist playing with the sunlight that filtered through the leaves of the willow tree. Herb arranged his possessions in one hand, putting several items in the pillowcase. He carefully climbed the newly constructed ladder, and after entering the treehouse, pulled the ladder up behind him.

Herb spent the next several hours enjoying his novel, feasting on cashews and Oreos, and in general, having the best damn birthday he’d had in years.

Around sunset, he heard the back door open and Dot calling out his name. Herb kept silent, just as he had all these years. But this time, it was because he wanted to. 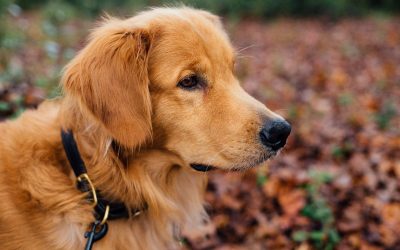 “Now you stay here, Buster,” Tommy whispered to his golden retriever. “I’ll be back in a little while.”

END_OF_DOCUMENT_TOKEN_TO_BE_REPLACED 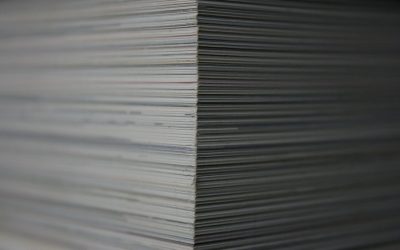 “Get your damn cold feet off me, will you?” Rosie mumbled, yanking the wool blanket toward her side of the bed.

END_OF_DOCUMENT_TOKEN_TO_BE_REPLACED 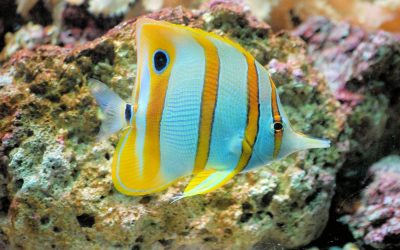 I must say, I was very reluctant to meet the blind date fixed up for me by my best friend, Debbie.
“He’s a real catch,” she said.

END_OF_DOCUMENT_TOKEN_TO_BE_REPLACED 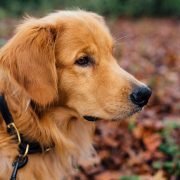 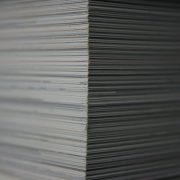 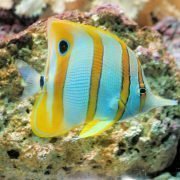 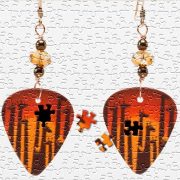 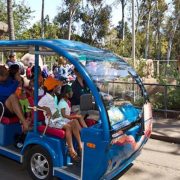 Left the Zoo. What Do I Do?